Nina Ricci’s latest release is “a perfume dedicated to the women we call Mademoiselle”, says its press release. Although they couldn’t keep the box meant for them to tick in administrative records, mademoiselles will still get a juice created just for them by the great Alberto Morillas (and which the said release pretends to give us the – obviously secret – recipe). 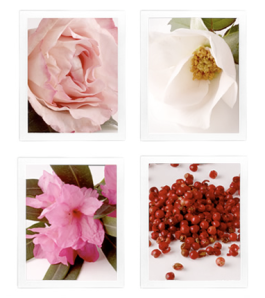 Rose Centifolia, pink laurel, eglantine and pink pepper: Mademoiselle Ricci does address young ladies: it unfolds as a generous and rather figurative bouquet at first, and then gives way for a beautiful, very soft and powdery iris, on a base of musks and almond. During the presentation for journalists, the Master Perfumer (who created CK One, Flower by Kenzo, Cologne de Mugler, M7, Acqua Di Giò to name a few) told us :

« I wanted a rose that didn’t smell of rose, so I went with the idea of an eglantine. The rose is the noblest of all flowers, eglantine is for spontaneity, and pink pepper brings the spiciness. White wood, in base note, brings serenity, musk evokes the smell of skin, and pink laurel means the heat, the sun. It’s quite simple: you smell it, you remember it”.

Mademoiselle Ricci bears the name of a now discontinued fragrance launched by the house in 1967, which then borrowed the name of the fashion collection launched in the United States in the 1960’s by Nina Ricci herself.